For over a long period of time i have observed that the people seems to hold following beliefs in general:

As a result of the above two we see people being confused in the two, either to follow the religion or science. So, we observe people taking only science, only religion and both with the wrong balance some towards science and some towards religion.

Just saying that “I am a Muslim or follow a religion” does not reflect in their actions, which is one proof of their belief in science and disbelief in religion (Islam). The above established beliefs is based on assumptions that we do not question because we do not think and remember few facts. Upon some critical thinking over the interactions  we had with different peoples of religion (ours and other), observing their actions and what they seem to tell their beliefs are, we came across following assumptions held by the people in gross:

We seems to forget that:

Therefore, i decided to write in addition to speaking for the truth. The following blog post is an effort to clear up the fogs before the EYES or at least to let you realize that there is fog. The post conveys the following bulleted messages:

I Believe in What I See

If I say to today’s science that I believe what I can SEE and EVIDENCE, would that be a wrong statement?
Science tells me to believe in things that I do not see (“I” with all our senses generally and eyes specifically) such as what is inside atom like quarks! Though they might have been mathematically proven or through groping but we do not  witness through eyes (with or without aid) although I might be made of them  (after all I am part matter also) or proven through experiments and deducing the result but not witnessed them!
And if I say I do not believe in whatever theories they presents about what we do not see than why would they label me “unbeliever” in science? Just because i decline to disbelieve their theories which we do no witness??? why would i be dictated ?
If I am to believe in that than what wrong is in witnessing unseen creator of all such delicate things as atom and what’s inside it and outside! and whose creations i see all time and i myself being one of them!
At the same time knowing the fact that theories in the past proved to be wrong as they were corrected later or rejected at all! Those who believed in those wrong theories were they not also amongst those who kept faith in those postulates (believing unseen, trusting those who can error !) rather than witnessing themselves! And if they call knowing(knowledge) is seeing than they all got it wrong because they did not see it (wrong knowledge which is not the knowledge it self rather absence of knowledge or a measure of how far were away from the truth) !!!
I do not want to be amongst those who are remembered as “wrong people” of the past but the believer of reality, which is there and the way it is there and is same for all the observant rather than “someone’s telling me (the way they see it) that’s how it is there”.
The reality, in contrast to their description of knowing, is far above the ignorance of the people who believe in that they see (because they do not see the reality but they see what they want to see that’s not reality).
You see the science believes in things that can not be seen like quarks, photons, electricity etc.. This fact is itself a testimony in its self that unseen doe not mean does not exists or it might not have that name which they call it or unproven does not not mean does not exists. If we are unaware of a reality that does not mean it does not exists.
Would it not be correct if i say science is going meta physical, beyond physics and chemistry, which they do not believe!!!
A popular argument that science presents is that if we could not do it today we shall do it tomorrow! “You will see some day it will happen”,”What we can think is possible” and statements like that, in short it is possible ! and those who do not believe in these beliefs are un-believer in science ! is that really fair? does not trusting blindly those scientist means not believing science??? I do not think so.
If we can reason tomorrow’s result based on today’s outcome than why don’t we reason today’s existence based on yesterday that existed – today means there was yesterday but today does not mean tomorrow may come ever ??? would anything come into being tomorrow if we do not act today in an organized manner? would that sophistication come into being with out knowing how to bring that into being? IF no. than why do not we believe in if some one had not done anything how come all this existence was possible???
Just because it does not seems like a humanly act since no human created matter or whatever exists and we do not SEE anyone claiming it as well so we thought it just got created itself and that’s the science!!!
The meaning of science is to know, knowing is not possible if there is no object to know and it can not be known without a subject knowing it. It all would not have any meaning at all otherwise!!! To know there has to be a subject and an object about which subject is knowing and only subject may exists without object and action. So if object does not exists knowing would not exists at all. However if object exists before it is known, it would have been created, and to create there has to be a creator. only creation is the action done by the subject that spawns objects that are later known – the science. so science is act of knowing what can be known – not all that exists.
Even if someone created anything similar to that exists, by looking at an example than who created that example in the first place? it just got created! or you had to create one!!! what science is this that does not follow the basic logic that nothing would come into being if it is not created.
We crafted fancy stories, theories, ridiculous postulates to reason the existence but what about the existence of the reason itself, what was the reason behind that reason and this will go infinite.How come infinite is possible within finite? – time and space they are countable no matter how big the number is! if we lack the ability to count big numbers that does not mean they are infinite! (would counting 50,000 trillion coins for a 7 year old be infinite [infinite here means practically not possible but certainly not infinite] but he knows it is finite but that child does not know how to name count after his known limit of counting but holds the counting ability however lacks time!) How can we reason this phenomena!

We have to accept that there is One who is the reason of all reasons! and that One, created all that exists ! So, why question “Does GOD exists?”
I am the follower of TRUTH, if science tells me truth i will acknowledge science and follow the truth but not certainly scientist and their beliefs without believing the TRUTH.
The devil hides in the details ! and the truth is, that there is a devil and it find those who finds him!

To find the truth one does not have to dig but to open eyes and see !

Science: That Scientists  and their Science of today that unbelief in GOD – this does not mean all of the science. 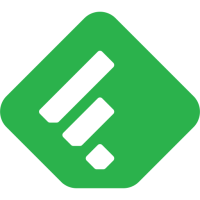